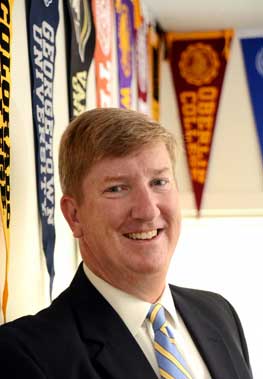 A graduate of Davidson College (B.A. in History) and the University of Pennsylvania (M.S.Ed. in Higher Education Administration), Scott began his independent school career as a history instructor, coach, and Assistant Athletic Director at The Culver Academies (Indiana). As a graduate student, he worked in admissions at the University of Pennsylvania, before accepting a teaching appointment at The Columbus Academy (Ohio), where he later served as Director of the Upper School and supervised the College Counseling office through its expansion from a single counselor to two counselors.

Scott resides in the Highlands with his wife, Molly, a math instructor at Louisville Collegiate, and their three children.